Eseutil (Known as Extensible Storage Engine Utilities) is a command line tool which is associated with Microsoft Exchange database and the corresponding log files. To verify, modify and repair the Exchange database file (EDB files) this inbuilt tool is used. This application helps in releasing corrupt Exchange EDB file of the server. The ESEUTIL tool helps in recovering both soft as well as hard deleted data from the database and is usually used on a damaged or corrupted Exchange database which restores data from the backup. However, there may be cases where ESEUTIL not working & causes trouble for users during its execution.

This ESEUTIL utility is located in the Exchange default install folder which is: \Program Files\Microsoft\Exchange Server\Bin and can be used against any of the ESE database of Exchange Server 2010 or the earlier versions.
However, there are some limitations of this inbuilt tool due to which alternative techniques are undertaken. This command arises a problem within the database due to incorrect execution of the command, version incompatibilities issues etc, which can be reduced by taking some easy steps.

This article describes “ESEUTIL not working” error and the jet Error 1032 which occurs when the ESEUTIL command fails. Therefore, in this write-up we are going to discuss this issue and the need of other alternatives which are available.

Reasons behind ESEUtil /p not working ?

While attempting to resolve issues within the Exchange database, on running the ESEUtil command you may get the following error message:

This Jet Error 1032 occurs when we try to mount a recovery point. The cryptic error name with this kind of error is JET_ERRFileAccessDenied which indicates that one has no access to the file that you’re trying to use or it has been locked or already being used by someone else or is being used by another program. This ESEutil Jet Error 1032 occur due to the following two reasons:

1. While performing a Replay install but one has no appropriate permissions assigned to the folder or the drive which contains the Exchange databases.

2. When you run the ESEUtil command while the DB is mounted. The database needs to be offline so that the command can read the header information before the attempting to repair it.

How to Fix the Error ESEUTIL Not Working 1032?

The error can be easily fixed by this manual method which is listed below:

1. First, dismount the Exchange database and try to run the ESEUtil command
2. Run the EMS (Exchange management shell) through which you can execute the ESEUtil command as an admin
3. Now, open “services.msc” and stop all the services related to Exchange, then run ESEUtil
4. You can now grant full permission to the folders that contains the Exchange database & the drive on which this folder exists.

1. Open Windows Explorer, navigate to the folder that contains Exchange database.
2. Right-click on it & then select the properties.
3. Click on the security tab and tick the checkboxes: Administrator full control & System Full Control.

Limitations of the Manual method

The above explained manual method can fix the error Eseutil /p not working free of cost and appear to be useful in most of the cases but suffer from some of the limitations which are:

Once you fix the “Exchange 2010 failed with jet error 1032” problem, then further attempt to repair the database may fail. In some serious scenarios where database is highly damaged even the ESEUtil command fails to repair or restore the database. While resolving error 1032 might result in severe damage to the DB if the steps to recover are not followed correctly.

What are the Alternative Solutions?

There are various alternatives available for the ESEUtil command which is used to repair EDB files, recover data from the corrupted files, and split Exchange EDB file. Thus in order to overcome the limitations of the above stated manual methods you can opt for simpler and recommend third party Exchange repair software. We will suggest you to use Exchange Recovery Tool by SysTools to recover exchange mailbox. This tool can quickly recover & repair dismounted offline Exchange database file in a hassle freeway without using any command.

Note: In our opinion, the inbuilt commands like ESEUtil create a lot of major problems rather than curing issues within the databases. So, it will be good to avoid ESEUtil inbuilt feature if your database of Exchange is facing problems.

Many technical and non-technical users use this software as it provides an interactive graphical user interface which makes the users work easier and save their time as well as effort. It offers category option which allow users to export the selected Exchange mailbox data items such as: mails, notes, tasks, calendars, contacts, etc… to the desired export option. It support all version of Exchange Server & MS Outlook (2003 – 2016), and Windows OS version.

The above article read about ESEUtil command and the error “ESEUTIL not working” along with this the write up also explain the Jet error 1032 and the manual methods to repair Exchange database files using ESEUtil inbuilt utility. Further, you can also find the advance solution to recover Exchange files quickly with no compatibility issues.

How to Repair Corrupted Mailbox Exchange 2010? Get the Solution

How to Migrate Lotus Notes to Exchange Online – A Perfect Technique 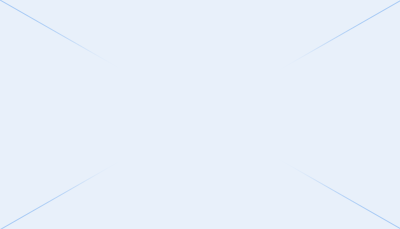 View all of Mariya Beckham's posts.